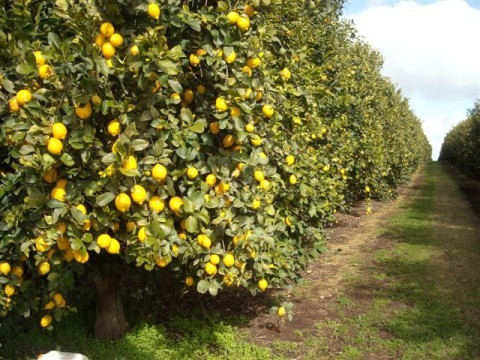 The epidemic known as citrus greening is the greatest threat the U.S. citrus industry has ever encountered and a dramatic example of the disruptive effects of invasive species. The Asian citrus psyllid (Diaphorina citri), seen for the first time in Florida in 2005, transmits one of three species of Liberibacter from tree to tree. The bacteria then starve the host of nutrients so that its fruits are deformed, taste bitter, and drop early. As infected trees and psyllids have been inadvertently transported around the world, the disease has caused havoc in citrus industries worldwide, including the leading orange-producing regions, Brazil and Florida.

Citrus greening, which infects all types of citrus trees, has no known cure; it ultimately kills the tree. One major orange grower in Florida, Southern Gardens, has lost a quarter of its grove to the disease. A March 2014 report from the USDA forecast a 15 percent decline in Florida’s orange production from last year, largely due to citrus greening. By 2011, the disease had cost Florida’s economy $4.5 billion, according to a 2012 report by extension scientists Alan W. Hodges and Thomas H. Spreen—no small coin for the state’s $9 billion industry to swallow. More broadly, invasive pests and plant pathogens collectively cost agricultural industries about $66 billion annually according to a 2005 study in Ecological (Quote from American Scientist June 2014).

Florida’s losses due to greening

One report, released in December by the University of Florida, estimated that citrus generates $10.68 billion annually in the state, contributing $326 million to state and local coffers. But because of citrus greening, the study estimated, the industry in the 2012-'13 season employed 18 percent fewer people than five years ago, and generated about $1 billion less each year since 2007.

With no cure in sight, some in Florida are starting to wonder if the industry could be completely gone in a matter of years—and what the state will do without it.

Most growers implement two primary control and management practices. The first is an insecticide program that involves 8 to 12 insecticide applications per year to control psyllids (unpublished grower records). This insecticide program costs $1,000 or more per acre each year (Muraro, 2009). For reference, prior to the introduction of HLB in Florida, total annual production costs, including all insecticides and fertilizers, totaled only $800 per acre. Due to the limited number of effective insecticides available, pesticide resistance is an increasing problem (Tiwari et al., 2011). Over time, the efficacy of each insecticide application is expected to decrease, consequently requiring more frequent applications to maintain the same level of control.

In addition to controlling the psyllid, growers can mitigate some of the symptoms of the disease via foliar applications of essential micro- and macronutrients, often supplemented with resistance-enhancing products (Shen et al., 2013a; and Spann et al., 2010a). These applications increase costs by $200 to $600 per acre, depending on the nutrient mix applied (Roka and Muraro, 2010).

A citrus grower now spends $2,250 an acre to grow trees—prior to greening, he would spend $850 an acre, according to Florida Citrus Mutual, an industry association. Utilizing the Lamont HLB Resistant strains of citrus trees, costs would be reduced by $1,106.00 per acre.

Research has focused on applying techniques involved inducing changes within the genome capable of permanently removing genes precisely silenced due to epigenetic suppression. Our work in epigenetics began even before the term was coined.

The technology affects epigenetic gene silencing and, therefore, is not trait specific but rather dependent on the “stress agent” and its interaction with the plant (in 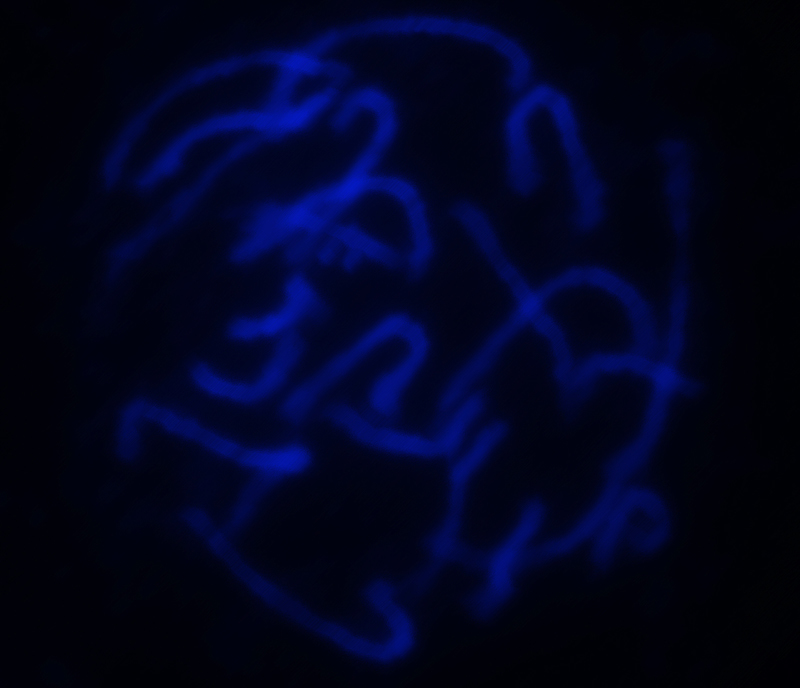 intensity and duration) which induces native preservation mechanisms in the plant. We use cutting edge sequencing technology to pinpoint markers and changes in expression patterns associated with abiotic and biotic stresses. This information is compiled with other factors such as environmental data and the developmental stage of the plant from which a comprehensive model is created. This model is then used to develop the platform needed to make the necessary manipulation at the genome level.

The manipulation is designed to selectively direct epigenetic changes within the genome and will include changes to methylation patterns, chromatin structure and expression patterns which regulate the plants acclimation and adaptation to stress; its hybrid and heterozygote vigour; its bacterial and viral resistance. These processes regulate most trans generational changes in genome stability. Since this technology relies on genes present but silenced in the plant genome, it is only a matter of reactivating silenced genes. These genes may be scatted throughout the genome and which in turn may produce totally new gene pathways to deal with any abiotic or biotic stress such as Liberibacter.

It is important to note the technology is classified as non-GM. The latest research to date on the role environment plays in shaping of epigenetic mechanisms within the plant may account up to 60% of the final phenotype of that plant. (See figure 1)

Fig. 1. The contribution of genotype and environmental factors to plant phenotype. 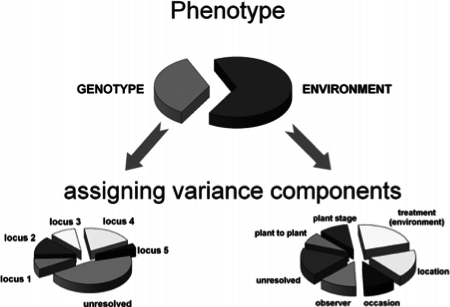 Why Genetic Engineering Will Not Work 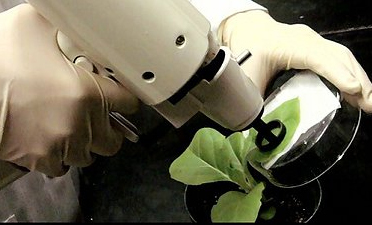 Genetic engineering relies on the insertion or deletion of a gene or genes. In some cases this can be relatively straight forward when the outcome you need only requires the silencing of one gene which codes for one thing, for example colour change in wood. It’s one gene coding for one enzyme or round up resistance in plants with one gene in one pathway. When it comes to biotic stressor such as Liberibacter you will find the genes are reasonably scattered all over the genome and would require the engineering of multiple genes and possibly many complex new gene pathways. This is beyond our current genetic ability, as there are still many factors which still need to be solved which include but not limited to;

In our assessment, none of these problems are likely to be overcome quickly.

Why Existing Solutions To Eradicate The Liberibacter Disease Do Not Work

The other approach to the problem is to continue with the current approach of spraying increased amounts of insecticides. There are a number of problems with this approach.

These natural genetic responses control the methylation patterns, chromatin structure and expression patterns which regulate a plant’s acclimation and adaptation to stress; its hybrid and heterozygote vigour; its bacterial and viral resistance; and which regulate most trans-generational changes in genome stability.One of the core capabilities lies in significantly accelerating and extending the capability of plants to respond positively to stresses imposed upon them by a wide range of environmental factors.  In Nature, those stresses include excessive salinity, mineral deficiencies, toxicity, extremes of climate, and bacterial and viral attack.

The performance enhancement processes developed by Agro Epigenetics do not result in Genetically Modified Organisms (GMOs).

They do, however, result in new plant varieties and thus in new, register-able and licensable – and in many cases, patentable - intellectual property. 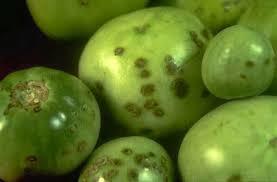 The gram-positive bacterium Clavibacter michiganensis subsp. michiganensis (Cmm) is the agent that causes canker and wilt disease in tomato (Solanum lycopersicum). This disease causes severe economic losses worldwide and has the potential to devastate tomato production worldwide. Cmm bacteria penetrate the plant through wounds or natural openings, find their way into the xylem, once there cause the development of a massive systemic infection. Cmm colonization of xylem vessels leads to the appearance of typical disease symptoms that include unilateral wilting of leaves, leaflet necrosis, and development of canker lesions on the stem and in most causes death or at best unsellable product.

ZESPRI Gold kiwifruit is well-named as it is, reputedly, “The most profitable legal agricultural product in the world!” Gold sales in 2010 were $300M and ZESPRI projected 8%annual growth to $1bn by 2025. Psa (Pseudomonas syringae pv. actinidiae) is a bacterium that can result in the death of kiwifruit vines. Psa carries no risks associated with human or animal health and does not affect plants other than kiwifruit vines. Psa was first detected in New Zealand in the Bay of Plenty (Te Puke) in November 2010.  Since then the disease has spread widely throughout the Bay of Plenty and is now also present (11 October 2012) in Waikato, Franklin District and Coromandel.  The number of Psa positive orchards is now over 1600 and 57% of the hectares on kiwifruit orchards now con 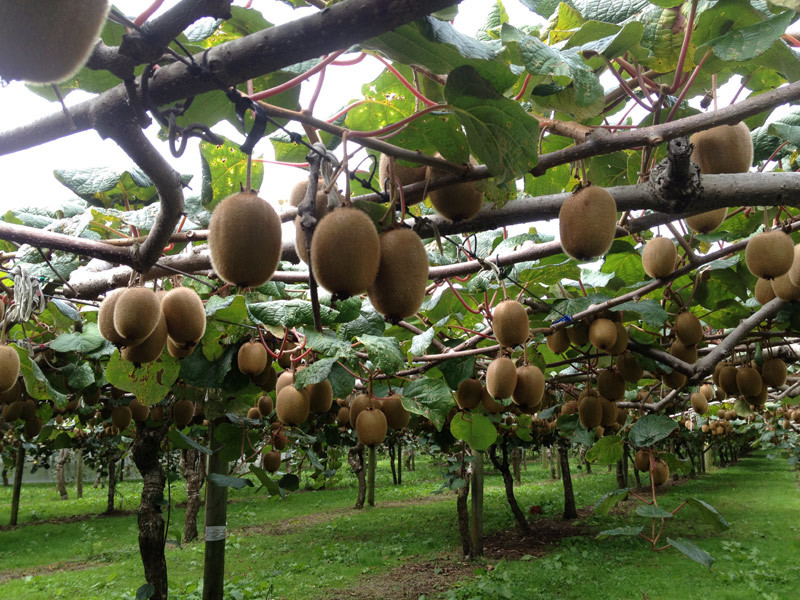 tain at least some infected vines.

Psa is a global organism, first detected in Japan in the ‘80’s and for the last 35 years the international kiwifruit industry has failed to find any solution to its devastating impact. Despite the fact that containment measures such as copper sprays and streptomycin injections have been proven ineffective, the NZ Government spent $50M on these. The absolute failure of those measures is well attested to in the document “8. Kiwifruit Vine Health Update – May 2012” Other gold kiwifruit varieties include Liquid Gold, Y356 Variety.

AEC will develop a Psa-resistant variety of gold over an 18-month project timeline in return for 49% of a Joint Venture which has been formed between AEC and a New Zealand consortium. This new entity would hold the worldwide licencing rights for the resulting resistant cultivars

The projected timeline is expected to take eighteen (18) months to verification and delivery of the first Psa-V resistant cultivars of both male and female.

Control of Bacterial and fungal infections in food and crop species is a complex problem. They are both relatively easy to kill in the lab. However, controlling the infection in a broad acre crop or in an orchard without damage to your vines or their fruit is another strategy altogether. With some bacteria such as CMM (Clavibacter michiganensis) in tomatoes once the infection has progressed into the vascular system it is much more difficult to control and will most likely kill the vine.

Common bactericides, like copper-based agrichemicals as well acid and alkali solutions and most sterilants, will kill most pathogens on the surface of the plant. However, there are trillions and trillions of bacteria with in any orchard. The issue is not around how easy it is to kill the bacteria but rather did you kill all of them. Bacteria has the ability to reproduce rapidly. Most bacteria reproduce every 20min to an hour. If a bacterial pathogen reproduce every 30min in favourable conditions within 20 hours after spraying you could have well over 500 billion bacteria present in your orchard.
So, while you might kill 95 per cent of the bacteria in an orchard within a day, between what is replaced by air movements from outside inoculum and remaining unkilled bacteria, the population can quickly recover to original levels. This is why it is essential to provide continued protection.

Current sprays on the market cannot offer the around the cock 24 hours a day 365 days a year protection needed to control the spread of most of  the serious bacterial and fungal pathogens.

Agro Epigenetics has started research and development on producing a new generation of bacteria and fungicides. We expect our first generation of products to be certified and ready for market by mid-2016. 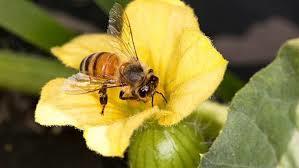 This new generation products will be different in its mode of action to any other product on the market today. Our products capitalise on the latest in microbial research. They are: